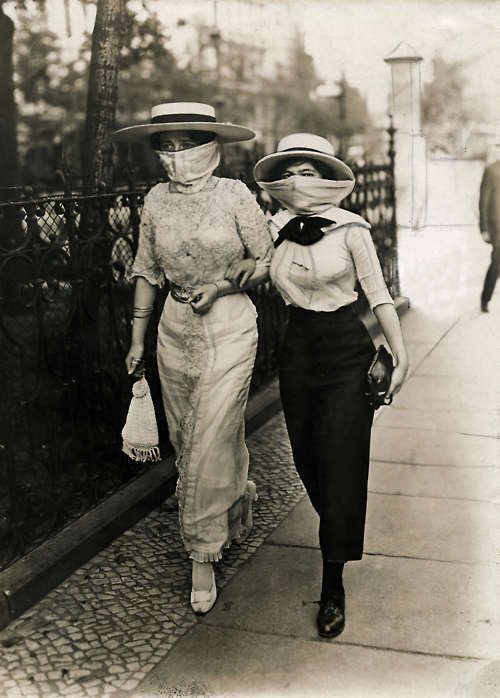 During the pandemic, women began to wear so-called “flu veils”. Fashionistas picked them up in color to the headgear.

In addition, everyone wore gloves at that time. Not because of the flu, but etiquette back then. On October 28, 1918, there was an article where it was said that in San Francisco, large clothing stores helped sew masks. Specialized medical companies could not keep up with demand. Sound familiar?

While the Spanish flu raged, sales of warm clothes (including underwear and blankets) were growing, while almost no one bought clothes on the shelf. ⠀
Historical fact – Spanish flu infected 500 million people – about a third of the world’s population at the time.

The death toll may have been anything from 17 million to 50 million, and possibly as high as 100 million, making it one of the deadliest pandemics in human history. 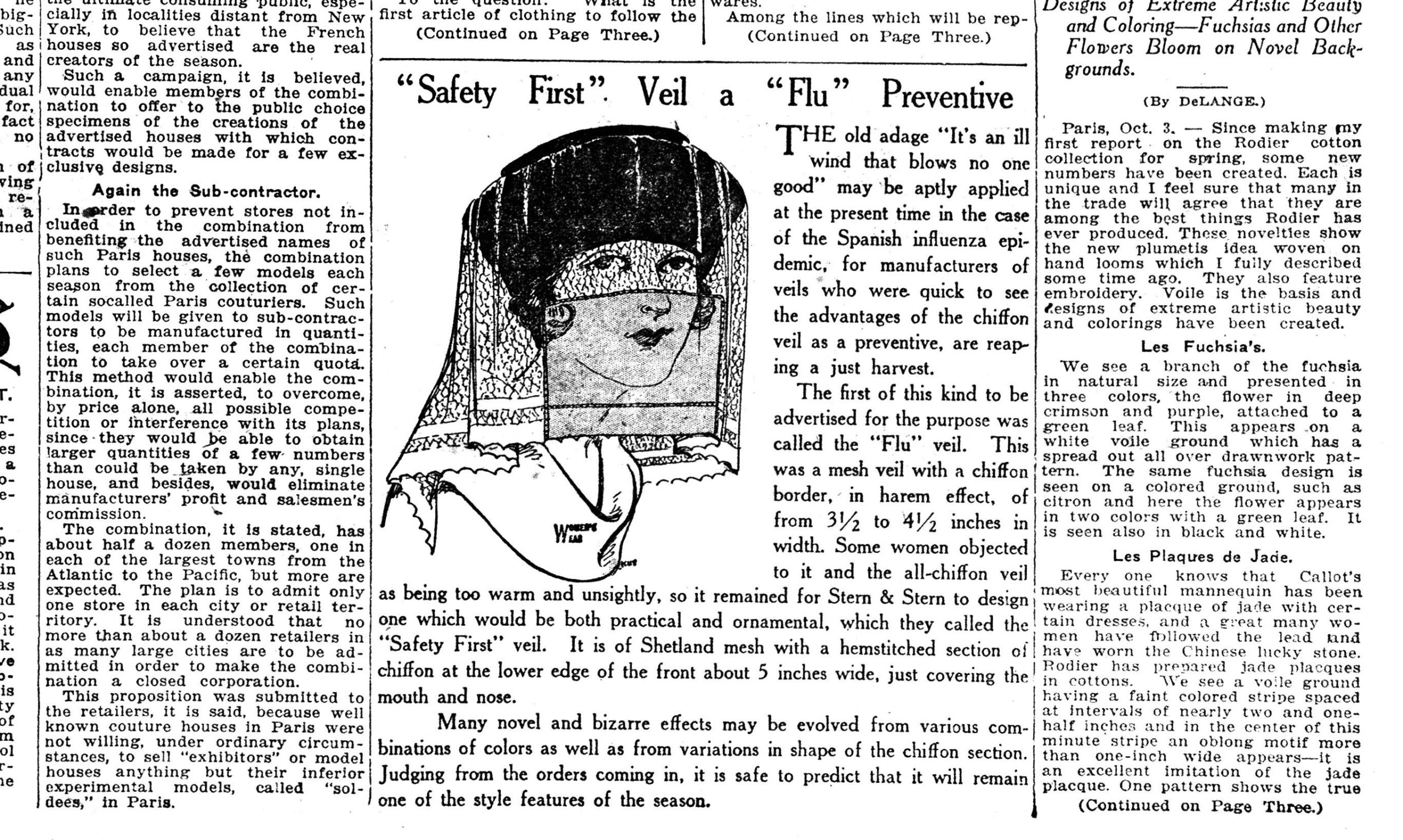